As we usher in the new year, one of the most important lessons we should carry with us from last year is the value of diversity, inclusion and equity at work. A 2020 study by McKinsey & Company found that only one third of companies are making real gains when it comes to diversity and inclusion. As employers strive to become more diverse this means that there’s potentially a wider range of holidays/celebrations your current (and future) employees might participate in. One of the best ways to engage with employees is by simply asking them what holidays they’d want to see acknowledged in the workplace. While this article won’t be delving into more widely recognized days such as Christmas, here are eight diverse holidays your employees might be interested in seeing recognized this year.

Chinese New Year is a festival that marks the start of the new year on the traditional lunar calendar. In Chinese astrology, each year is represented by an animal and this year’s is the ox –  which is believed to be a representation of kindness, generosity, and diligence. February 12 will mark the beginning of a 15-day festival in which it’s common for people to celebrate with family and friends as well as honor their gods and ancestors. Celebrated by Chinese people all around the world, this would be a great opportunity for employers to learn more about their Chinese employees’ culture.

International Women’s Day is celebrated every year on March 8 around the world. This day is meant to bring awareness to women’s economic, political, and social achievements as well as the work that lays ahead for women to achieve equality. Since women currently make up over half the workforce in the United States, this is definitely a holiday that deserves to be recognized in the workplace this year.

For decades, members of the LGBTQ+ community have been discriminated against solely on the basis of their sexual orientation. Pride is an annual month-long celebration meant to honor the 1969 Stonewall Riots and the work that has since been done to achieve justice and equal opportunities for the LGBTQ+ community. The purpose of this month is to recognize the impact the community has had on history and to increase visibility of LGBTQ+ people. By acknowledging Pride in the workplace employers make it known that their workplace is a safe space for everyone regardless of their sexuality.

On June 19, 1865, enslaved African Americans in Galveston, Texas were told they were free, two years after the Civil War had ended. As a result, Juneteenth is now seen as a holiday commemorating the end of slavery and has been celebrated by African Americans since the late 1800s. After last year’s Black Lives Matter protests, many brands and companies scrambled to acknowledge this important historical milestone.  This is an important date to recognize this year to show solidarity with our fellow Americans and to celebrate, educate, and connect with one another.

Yom Kippur is the holiest day of the year in Judaism. Also known as the Day of Atonement, this day includes a 25-hour fast and special religious services in which participants are encouraged to make amends with others and to ask forgiveness for last year’s sins. It’s typical for Jewish people to abstain from work during this day to take part in the holiday, so giving Jewish employees the day off would be a great way to show support.

Instead of celebrating Columbus Day, which falls on the same day, recognize Indigenous People’s Day this year. This is a day to commemorate Native American people, their history and culture, and their contributions to American life, which is often pushed aside when people talk about Columbus Day. Take the day to delve into the history and hurtful legacy of Columbus Day and actively work towards being better allies to the Native American community.

Día de los Muertos, or Day of the Dead, is a Mexican celebration of life and death. It’s said that during this time the veil between the physical world and the spirit world is at it’s thinnest, so it’s the perfect time to honor the dead. This is done through the creation of an altar, or ofrenda, where people leave offerings such as food and flowers for their loved ones who have died. It’s a unique holiday that will expose employees to new cultures.

Misinformation on Current Events: How to Spot it and What to Do About It

Diwali, also known as the Festival of Lights, is one of India’s most important holidays of the year and lasts five days. The festival symbolizes the triumph of light over darkness and can be observed in multiple ways depending on which region of India you are from. One of the most widespread customs is the lighting of the diyas, which are small clay lamps, on the night of the new moon to honor Lakshmi, the goddess of wealth. Since Diwali is often not widely recognized in the U.S., especially in the workplace, this serves as a great learning opportunity. 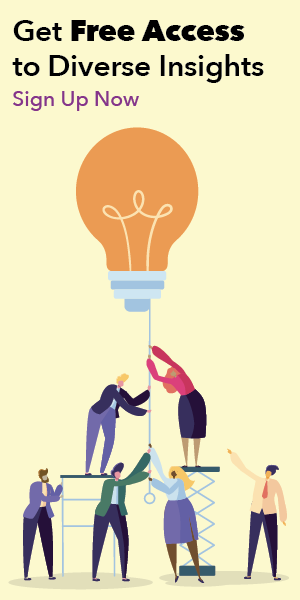