The Immediate Need for Disability Representation

The year is 2021. The month is April. The day? Well, we’ve all lost track. Between restricted movements and masks, we have become disconnected from both a sense of time and the safety of community. Instead, we log on, sign in, slide in DMs, drop voice memos, ping, comment, Tik Tok, like, follow, and hit Vanish Mode – over and over again like it’s Groundhog’s Day. While technology used to be a form of pleasurable escapism for most Americans, we’re seeing it operationalized as a grassroots organizing tool for Black people, who are finding and founding online communities to counter offline traumas. Facebook groups, IG accounts and Clubhouse rooms are meant to make the digital world in the image of a fairer, more equitable reality. The global pandemic has all but eliminated the face-to-face connections that once defined real friendships and salaried employment. Instead, virtual networks have given rise to invention, forging new online identities and streams of income where we once saw only entertainment. Media has become both the message and the medium, making it increasingly difficult for companies and advertisers to get away with commodifying Black culture without speaking up and speaking out in defense of Black lives.

Yet, off camera, 567,000 Americans have died due to COVID. Relative to population size, the Black mortality rate is second only to losses suffered by indigenous Americans. PBS reported that “while the life expectancy of a white man dipped by eight-tenths of a year during the first six months of 2020, three years were shaved off the life of a Black man.”  Before caskets were cold in the ground, grief was muzzled by rage, as we repeatedly watched on our handheld devices when police violently ended young, innocent, and unarmed Black and Brown lives. The actions have been so dastardly that allies and affinity groups have demanded accountability and no longer leave anti-racism to public servants. Some have sought to defund the police, others have voted in new legislators, all have taken their discontent to social media with a Black woman at the fore.

This collection of articles and essays could only be produced by this present moment, a time when Black female leadership is the result of hope in the face of overwhelming discontent. Avery Oliver’s “The Danger of the Black Women Superhero Trope,” poignantly highlights that Black womxn have been elevated, pushed, cajoled, primed, and prepared for the thankless task of repairing a nation divided, one that has not delivered on basic employment, equal pay, or reproductive rights for their sistren. The savior complex is not only an unfair moniker, but the trope absolves others in the melting pot from taking on their fair share of responsibility for actualizing social reform that could benefit us all. Corinne Dorsey’s “Why the Diversity and Inclusion Conversation Must Prioritize Black Womxn” isn’t meant to lay the fight for an equitable future at the feet of the disenfranchised. But, it reiterates the underlying sentiment that our grandparents already tried Black uplift at the expense of Black womxn. As Fannie Lou Hamer’s example shows, that is not what revolutions are made of.

It is a sign of our times that Black women, as represented by diverse intersectionalities, are set to save our souls. With robust ties to different corners of the world, the women profiled in this edition have risen across a variety of fields. Vice President Kamala Harris, Bozoma Saint John, Rihanna, Ava DuVernay, and Martinique Lewis worked a lifetime for this moment and a great deal of public trust is invested in their success.

But the subtext of this volume begs the question, “Are Black women being set up to fail?” Bendita Malakia’s interview shows that many corporate DEI efforts are often ill-conceived and underfunded. Joshua McCoy interrogates why it is that ad agencies can’t seem to hire or retain Black talent, while Omar Taleb ponders the downrange effects of the “racially ambiguous” influencer in ultra fast fashion. The result of having only a handful of Black women in front, and none behind or beside them, predicts a lack of sustainability. While gatekeepers are strong, they are outnumbered – in person and on screen – and their resource challenges are profound.  Wealth builders like Koereyelle Dubose, Dr. Tangie, and Teri Ijeoma are battling apathy toward underearning and overwork, and Black female academics are shifting thought leadership for the next generation. But the digital equivalent of Blackface, called Blackfishing, regularly robs Black intellectuals of their cultural production and Black businesses of their income. The principal tactic is to target Black women – and the aesthetics of the Black female body – for personal and social gain. Online communities, scores of faceless and nameless digital platform users, have become the whistleblowers calling out the BS and the Board of Directors ushering in a season of change. Can cancel culture protect us now?

Why Clubhouse Is The Perfect App For Dangerous Digital Misinformation

This present moment bears hints of a willingness to trend set by establishing new expectations for inclusion that start with Black women leading from the rear and pushing American culture forward like a heavy rock up a steep mountain. However, this volume imagines an alternate reality where we all lift as we climb, a strategy that ensures that each of us shares the labor of our journey towards a safer and more equitable post-COVID future. Translating online allyship to offline action plans is all that stands between where we are and where we claim we want to be. 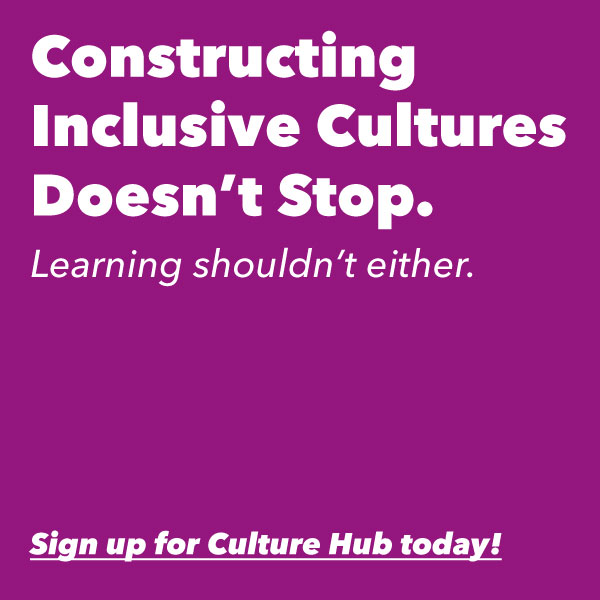